The Thunderbook Spartan W600 is a rugged industrial smartphone for companies, allowing you to work faster and more efficiently. A 6" screen with a resolution of 1280 x 720 pixels enables you to view any type of industial application.

It is a mobile touch computer, a hybrid between a Smartphone and a small tablet, as it has an Intel Atom QuadCore CPU, 2GB of RAM and 32GB of SSD hard disk.

*This version comes with an integrated barcode reader. 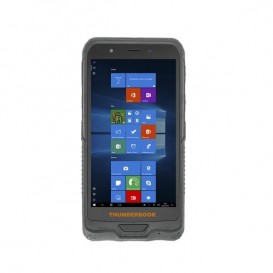